The Effect of Anticipation

Most of my experience in this wonderful, challenging, irritating world of training has been in the practical sphere, of training my own dogs and teaching others. Occasionally I get a quick peek at greener pastures such as neuroscience, behaviour analysis, computing, but inevitably the dogs find me out.

Anticipation surrounds us all the time. All behaviour cycles A B C are using anticipation of the consequences.

Are we making the reinforcement process too vanilla, too convenient and not adding sufficient anticipatory build?

What are we not realising? What can we explore further? 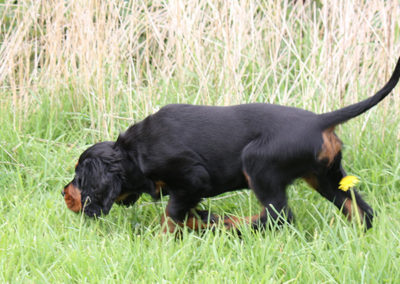 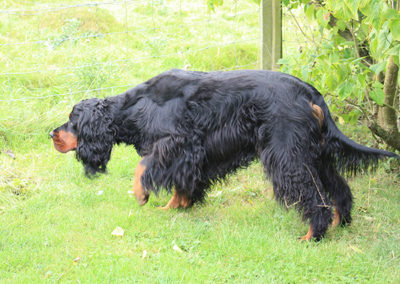 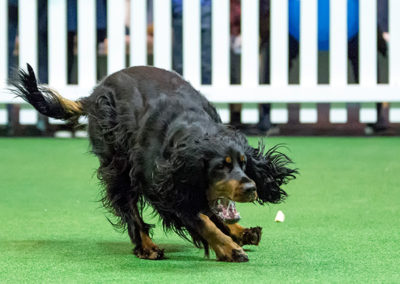 We work with well-established principles, happily contest their findings by exploding them into tiny fractions to examine more carefully. When a laboratory study finds its way to our pasture it will get elaborately tested by the practioners. Often our practical experience brings different light to the theory. The example that springs to mind is the “three second rule”, which suggests that the reinforcer should be given within 3 seconds of the click, or marker. This has resulted in a cul-de-sac of limited application and it was probably suggested as a simplistic explanation for beginners. When the term “click AND treat” became written into lore, it prevented many beginner trainers exploring outside a treat following a click as opposed to a reinforcement process following the click.

Simplistic explanations have their usefulness but should be declared and remembered as such.

Stalking – anticipation of kill, enables movement towards the prey to reduce proximity, minimise chase and use of energy, below speed of movement that would alert the prey, extremely tight focus on prey. Usually involves a reduced breathing sound, closed mouth, very slow carefully placed movements. Often masks discomfort or other responses.

Collie outrun, leave the shepherd, long distance run to position behind the sheep in anticipation of moving the sheep towards the shepherd. Often morphs into stalk once the optimum position is found. Both behaviours have a tight focus, often results in the dog running into trees or each other. The anticipatory state excludes irrelevant information or responses.

The dog is asked to station on the platform, marked when successful and then released to accompany me to the treat box waiting on the side unit. During the accompanying travel I am verbally inducing an increase in anticipation by demonstrating my own anticipation excitement and for most of my dogs this will also include either a chase or catch of the treat. These are predatory types of behaviours that, for these dogs, increase the excitement level in anticipation of the food delivery.

I can recognise the dog is in a high anticipatory state with the increased animation after the release to accompany me, and the predatory-like closing of the mouth as I get closer to the treat pot.

During the anticipatory travel the disrupting event (DE) is noted but minimally interrupting: we may see a flick of ear or visual acknowledgement. The DE may be a person standing near-by, walking towards us, an object being placed to the floor etc. Events that would under non-training conditions be attractive to the dog. At no time do we use disrupting events that would cause an avoidance response.

Training then progresses with the same behaviour and anticipatory reinforcement travel to reinforcement station and the DE is moved to occur:

2: between the cue and the behaviour

3: just before the cue

The point most likely to be disrupted during the cycle is after the reinforcer is delivered and before the cue is given, also the behaviour is vulnerable to being weakened and is so left until the last point of disruption.

The key to using the DE during the strongest part of the cycle: anticipatory travel, is that the anticipatory state is likely to exclude other opportunities, focus the dog towards the know reinforcers and associate with the focus of predatory anticipation. It is the point most likely to be successful.

Because this is successful and repeated several times, the DE can become a cue to anticipate the anticipatory travel and therefore strengthen focus during other parts of the cycle.

Long duration before the anticipatory travel can be taught gradually and successfully.

The cycle must be clearly taught, practised and reinforced with the anticipatory travel.

Without this cycle being well practised, experienced and reliable, frustration, rage and aggression is likely to be the response to the DE.

Travelling to the park for a walk with a dog in the back of the car screaming, barking.

Barking in a crate on anticipation of release.

These behaviours occur during the absence of teaching the dog what behaviour causes the consequences to occur.

Often labelled as “lacking impulse control”, but more likely “lacking any teaching or learning” and a result of single, positive experience that accidentally linked the cause with a result.

All behaviour cycles A B C are using anticipation of the consequences.

But are we making the reinforcement process too vanilla and not adding sufficient anticipatory build? The process of fast delivery with very minimal anticipation, (I describe this protocol as “click and shove” ) can have the effect of reducing the pleasures that can be enjoyed in the reinforcement processes. The purpose seems to be to prevent additional behaviours from interrupting the cycle, and avoid the dog making choices.