Notice: Trying to get property 'post_content' of non-object in /vhost/wphost2/l/e/a/learningaboutdogs.com/www/wp-content/themes/Divi/includes/builder/feature/dynamic-assets/class-dynamic-assets.php on line 2073
 Learning About Dogs | Things you should know
0 Items

Things you should know

by Sue McGuire | Learning About Collies

“Hello Sue,” said the audience, in unison, like it was acknowledgment from a support group.

Yes, I am a person who shares life with a Border Collie. It’s like being a member of a secret society of which few people would be crazy enough to join. Gosh, how many times have we heard that over the years? Crazy enough to join? What a turn of phrase. As if sharing your life with one of the most intelligent members of the canine corp were a “crazy” undertaking. If I am crazy, then that must mean Border Collies are crazy, or neurotic or high energy or must have a job.

Takes one to know one.

Yes it happens with dogs.

I admittedly was late to the Border Collie camp. They rarely came into the shelters I volunteered and worked in. If they did, everyone got all knicker-twisted about finding an “EXPERIENCED and BREED EXPERIENCED adopter.” I would see them at agility shows but only briefly because they were SO FAST! I ran a Labrador. Fast? Not so much.

But then it happened and I brought a Border Collie into my family for all the wrong reasons. I wanted a fast dog. I purchased a tool, for agility. Yes, she’s a dog but she was not a dog first….at first. I am embarrassed to admit that, but it was sadly real. I thought I was prepared for all that would be involved in caring for this type of dog. I had been a trainer and involved in sheltering for almost 20 years. I know stuff. Snotty know it all. 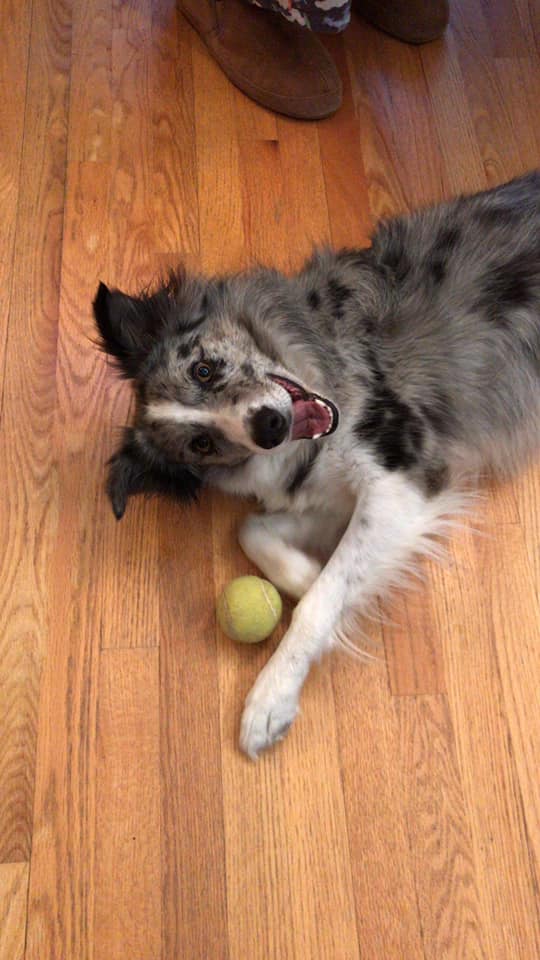 I was tasked recently with answering the question of what I would want people to know before taking home a Border Collie. Admittedly, I struggled with the answer because ultimately it would be so much. I want people to know how to observe and understand dog behavior period. With the pet dog owning public, this is a challenge as they do not get to observe, with knowledge, what they are seeing of dogs at the local park. They are often being told stories about a dog.

There is dog behavior as a species. Then there are deeper breed conversations. I would want people to know, as with any breed of dog, what was their original task? Go beyond herding breed. Search deep into the proclivities of Heelers, Cattledogs, Australian Shepherds and Shetland Sheepdogs. They have important differences in how they approach tasking. Not understanding their true nature and how it is expressed, does a disservice to the richness of a potential relationship. This lack of knowledge could sink a Border Collie in the hands of a Cavalier owner. Is it “aggression” when a BC nips toward a fast moving child? No. I would be MUCH more concerned if it were an adult Labrador who did the same behavior.

What a Border Collie is ….

With the knowledge of what a Border Collie is likely to do when faced with a moving object will guide a potential owner for ways for this very normal and healthy behavior to be expressed. And it should be expressed, not suppressed, lest you have a very sad Border Collie. Armed with this knowledge you can turn a “problem” behavior into delight of observing this being drawn out of a dog. Cool. Border Collie people need to learn methods of engaging with their boy or girl that benefits their life.

Unlike my mistake of only looking at the go-go-go aspect of a Border Collie, I have delighted in finding ways to invent couch potato time. Yes, they can be fuzzy slugs. Seriously sludgy. Be prepared for Border Collies to have widely divergent definitions of a bed. Translate that to beds are overrated. 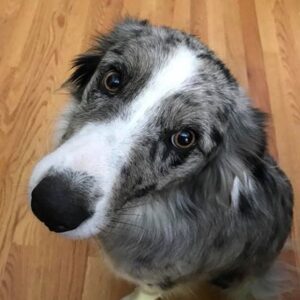 Border Collies are so “sensitive.” Yes—another label. Do you mean they have superpowers? Heck yah. Thank goodness.

My girl will never let our house be burglarized or allow a strange utility person to venture too close. Alert! Change in the environment. The very nature that allows a working Border Collie to know her sheep on sight allows this same mapping intelligence to sort your life. Seriously? Did you NOT notice that piece of furniture was at a different angle? That person wore a different hat?

A sense of humor and a deep appreciation of a work ethic goes a long way toward embracing this special breed. Your Border Collie will be the teacher you need to become.

If you are sharing life with a collie – what would you like someone to know before starting their journey ?

Away!
We use cookies on our website to give you the most relevant experience by remembering your preferences and repeat visits. By clicking “Accept”, you consent to the use of ALL the cookies.
Cookie settingsACCEPT
Manage consent

This website uses cookies to improve your experience while you navigate through the website. Out of these, the cookies that are categorized as necessary are stored on your browser as they are essential for the working of basic functionalities of the website. We also use third-party cookies that help us analyze and understand how you use this website. These cookies will be stored in your browser only with your consent. You also have the option to opt-out of these cookies. But opting out of some of these cookies may affect your browsing experience.
Necessary Always Enabled
Necessary cookies are absolutely essential for the website to function properly. These cookies ensure basic functionalities and security features of the website, anonymously.
SAVE & ACCEPT