Learn about the fascinating landscape of rewards and make them the centre of training and relationship.
Explore the different and diverse ways we can deliver rewards to bring excitement or relaxation, curiosity or confidence. 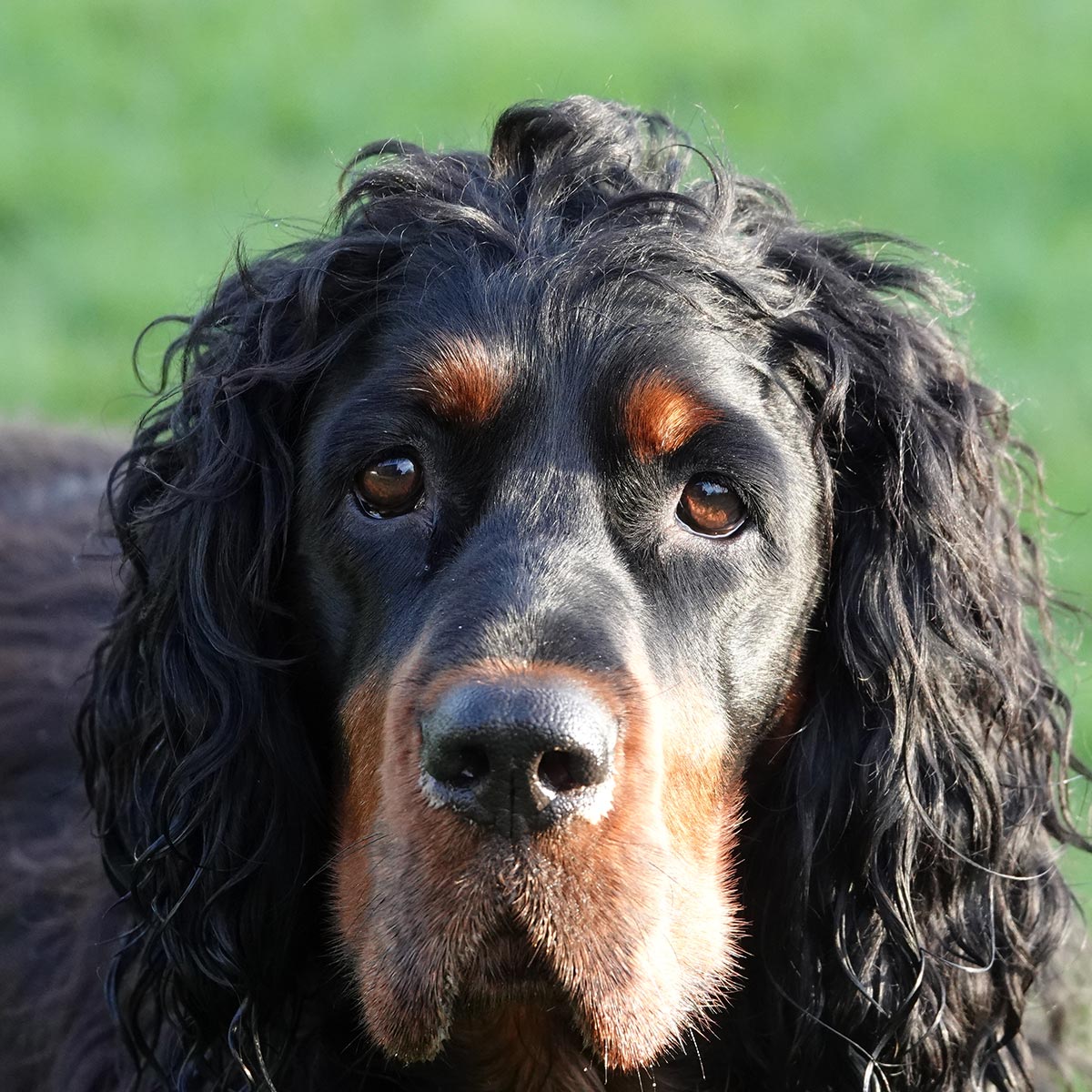 The more we explore and blend the theory, biology and application it is clear that this is not a simple process, it is complex and very sophisticated. With active minds open to learning we can continue to understand more, apply in an educated format and improve the combination of learning and dogs that we know and love and call training.

New technology is changing our understanding which will influence what rewards you choose. Look at different delivery patterns and how anticipation alters the behaviours. Why we should employ unpredicatable rewards to keep the learning active.

Be a learning explorer ….

Follow the course step-by-step, or dip in and out. The course has lifetime access, for all the dogs in your future. 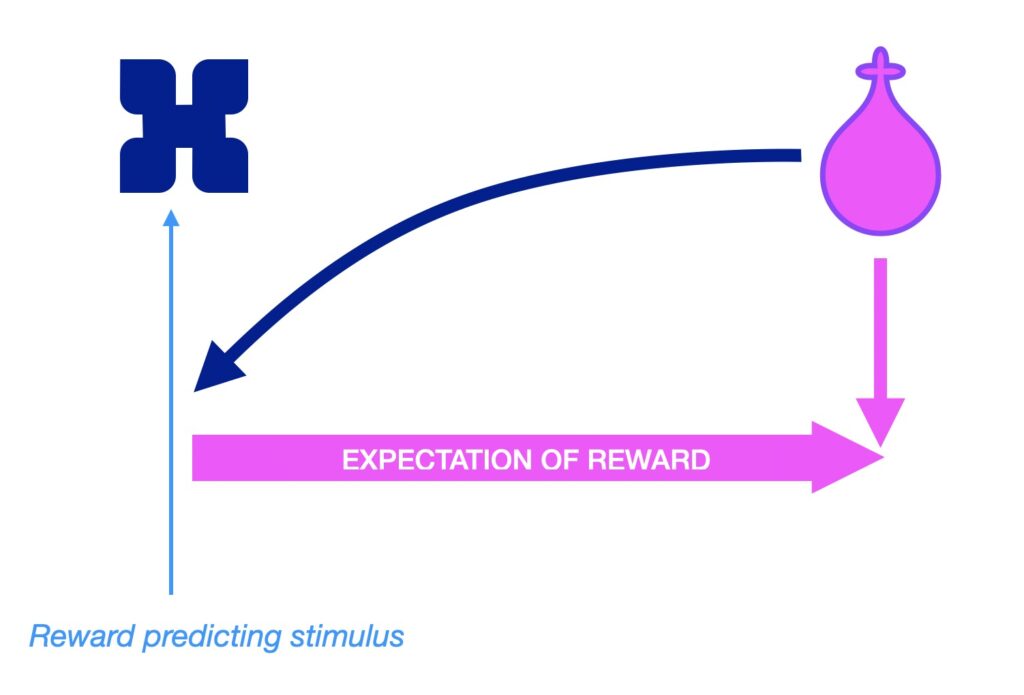 Anticipation within our training and delivery

As we repeat, and condition, the stimuli with the responses, or the cues with the behaviours and rewards there will be a build of anticipation of the reward.

That anticipation, or memory of the reward, will begin the moment the cue is delivered. At that point we have motivated the dog to complete the behaviour, which is followed immediately with the marker. The marker guarantees the delivery of the reward.

The marker is often selected by the dog. We may use a clicker, or say “good”, but if the dog sees an action that guarantees the reward is on the way, such as reaching into our pocket, or turning for the toy, then that will serve as the dog-selected marker.

Good practice requires the marker and the beginning of the guarantee process to be separate events. This ensures the dog has noted the marker, orientated to the source of the reward (us), and as a result of that attentiveness the delivery process begins. We want to see evidence that the marker has been acknowledged allowing the dog to control this process.

Even though we may be training with an intent of positive reinforcement, when we try to control progress through the process we are bordering on coercion. This will certainly reduce the value of the reward.

It is the dog’s reward to seek, not our choice to impose. 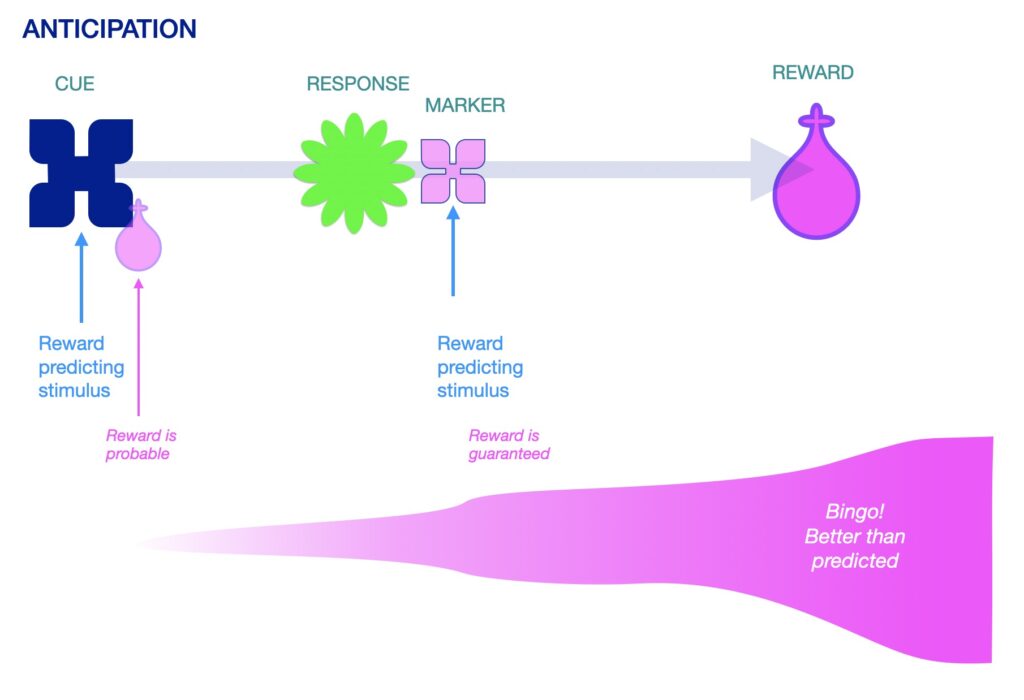 Lifelong skills built through learning activities and play. A dog that is curious, confident, resilient with a natural enthusiasm for learning.
Build memories of success. 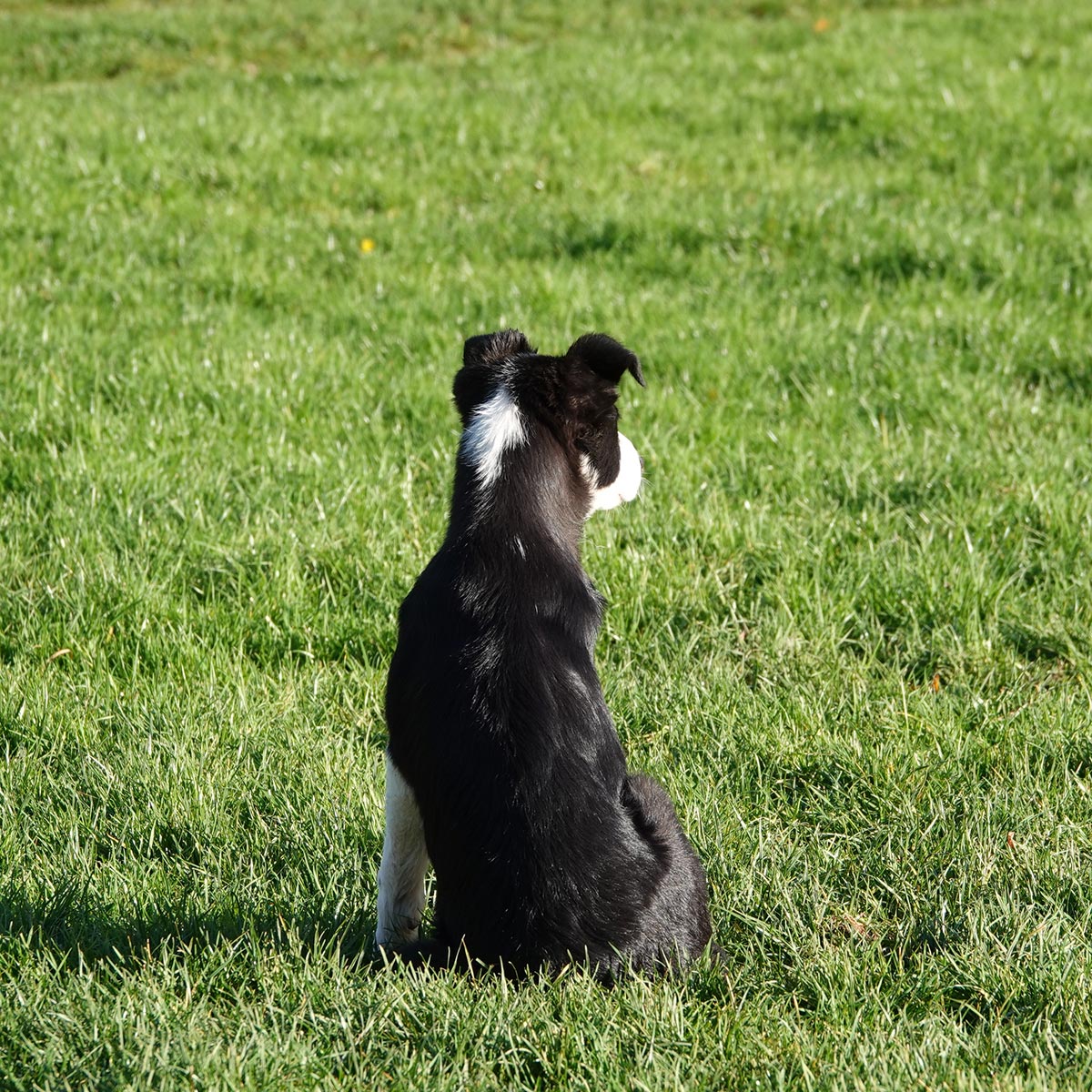 Find your pathway to suit your lifestyle of living with dogs. When you need management to temporarily support the learning, or choose training.
Discover the power of passive learning and invest your energy to the active learning. 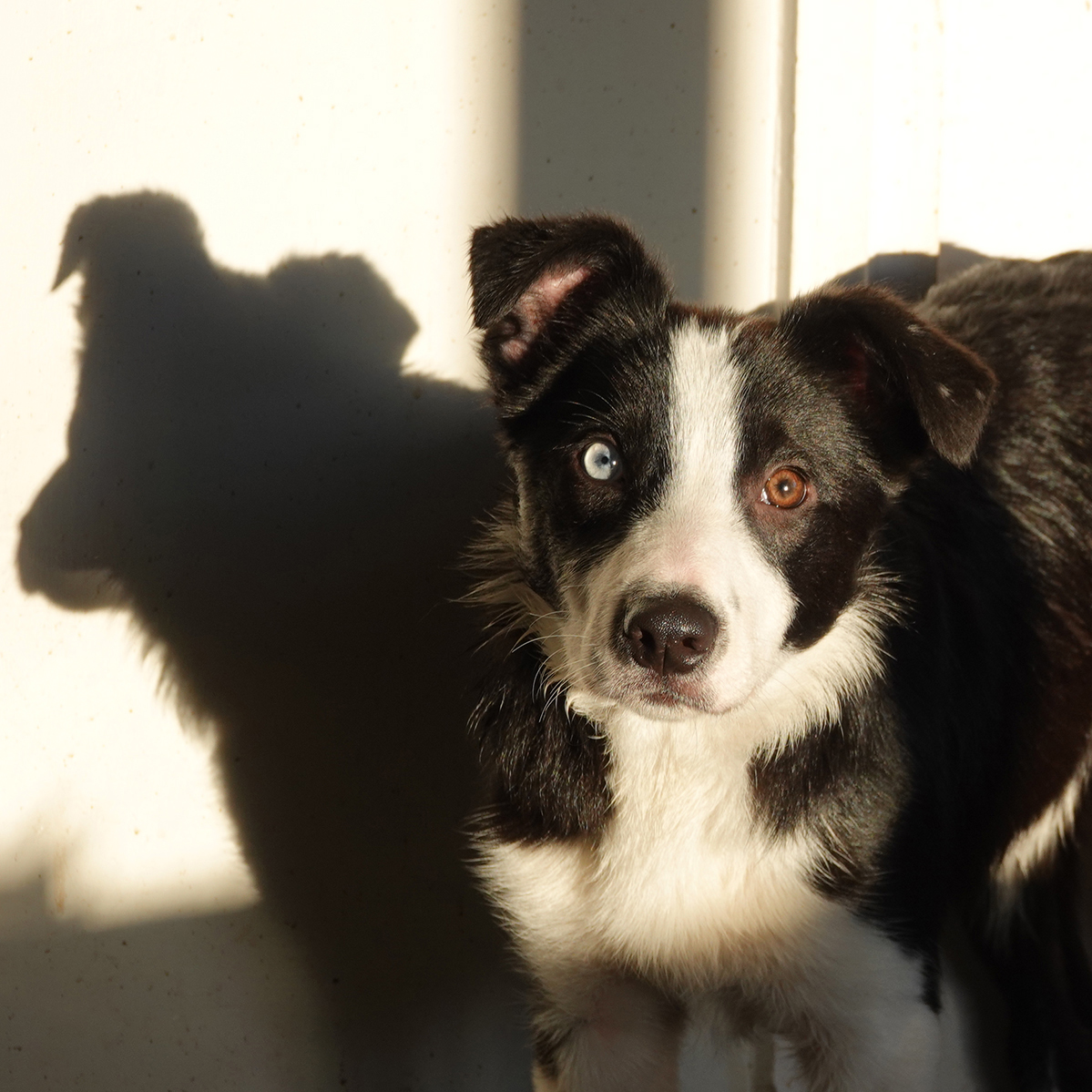